We are safely open with 2022 Hours: Historic Programming every Saturday from 10am to 5pm, Visitor Center and Gift Shop Saturdays 10am to 5pm.

Additional tours/programs/library/genealogy by appointment year round.

Grounds and Trails are open daily from Dawn to Dusk.

Please visit safely, and follow all health and safety guidelines.

For more information, please contact Matthew Wedd at info@cimlg.org or call at 717-328-2800 and leave a voicemail. 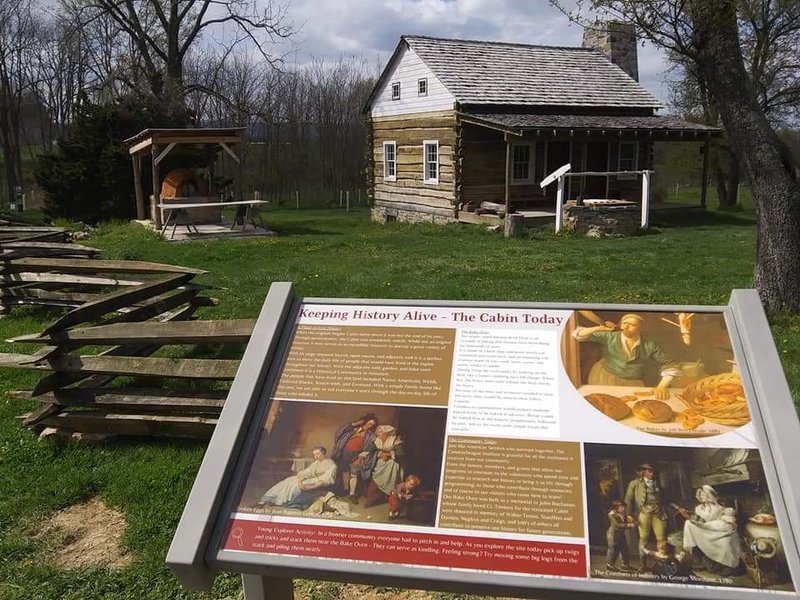 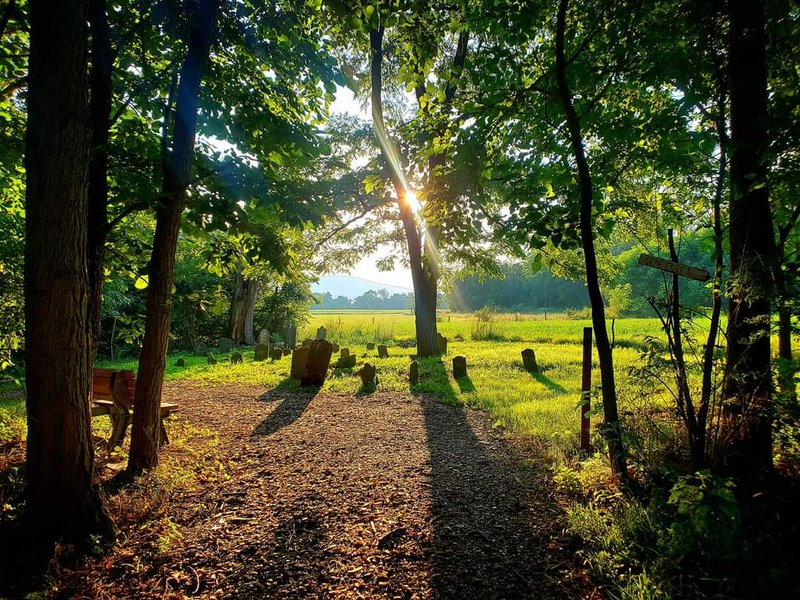 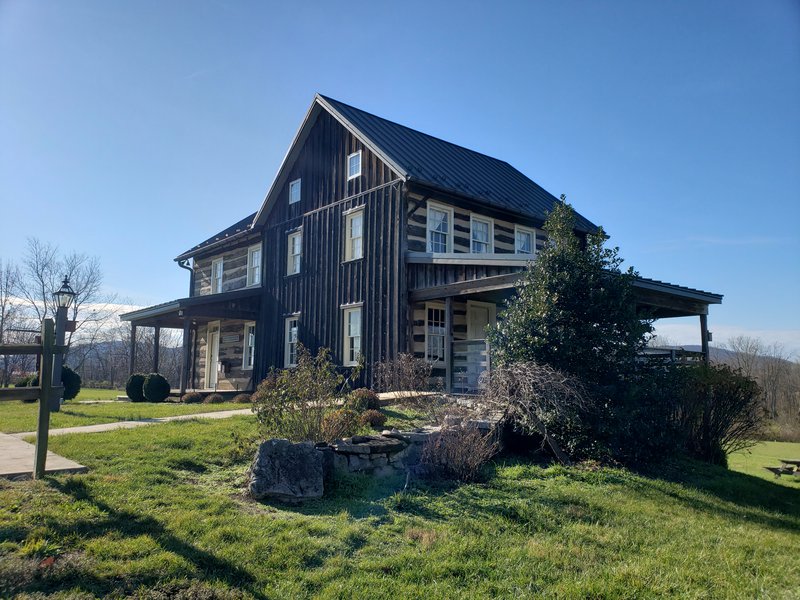 The oldest buildings on the site include the Davis-Chambers house (ca. 1740-1880) and the Eliab Negley House (ca. 1830s), each with outbuildings. They were placed on the National Register of Historic Places in 1999. These buildings exhibit many architectural characteristics that inspire study, including the v-notch chestnut log construction; cast iron stove plates that were repurposed as fireplace “fire-backs” bearing old-German and old-Dutch inscriptions of both personal and theological nature; puncheon floors; pit-sawn floorboards made of yellow pine; and a 1790s mantel in the Davis-Chambers House. These architectural details are particularly significant because few pre-French & Indian War houses survive in the Cumberland Valley. An 18th-century smokehouse at Rock Hill Farm contains an inscribed German fire-back and bears impressions in the walls that may be proven to have been windows, leading to some investigation of the theory that the smokehouse was used by early inhabitants of the site as quarters for slaves or indentured servants. Recent work to interpret the lost story of these Slaves has resulted in new educational programming. Much of the information was gathered from the Walk Unabowed Project of Franklin County which provides a database pertaining to slavery in the county so that their names and legacies can live on for future generations to discover.

Much research remains to be achieved on the buildings of the site and their past occupants, who also represent the changing ethnic nature of Welsh Run, Pennsylvania, from Welsh to English/Scots-Irish and then to German.

The original Negley House was a double-entry house with a typical German flurkuchenhaus floor plan, which was built to house the Negley grandparents, Brethren natives of the Ephrata Cloister in Lancaster County, Pennsylvania.

The Negley House was destroyed by a fire on February 29, 2016. It was a total loss and a number of original artifacts were destroyed. However, other pieces were able to be salvaged.

The Institute has rebuilt an incredible structure which today serves as the main focus of our interpretive activities. With an adjacent working garden, well and bake oven, it provides a glimpse into every day life in early America.

Not listed on the National Register, but significant nonetheless, are the reconstructed, relocated and reinterpreted structures on the site: The Welsh Barrens Visitors Center constructed of logs reclaimed from a deteriorating 19th century Franklin County log house provides wheelchair accessible exhibits and important climate control for our artifacts; the Piper Log Cabin, relocated to Rock Hill Farm from the Amberson Valley in northern Franklin County to be interpreted as an essential frontier tavern forms an incredibly important part of our interpretive mission, with so much of early American communities revolving around the taverns or ordinaries of local landowners;

An existing wash house that had been used in the 19th century to process wool for spinning and weaving has been transformed into a exhibit to tell the story of Fiber Arts.

The Institute’s buildings and its collections of historic costumes and other textiles, furniture, weaponry, and tools are stored, researched, cataloged, and sometimes exhibited. A catalog of museum and library holdings is now available to research on-line. In addition to its permanent exhibits in the house museums and visitors center the entire site is an exhibit with informative interpretive panels explaining the Historical and Natural signifance of the region.

Researchers from all over the country seek out the Library and are introduced to The Conococheague Institute at the same time. Containing nearly 7,000 print volumes, some dating back to the 17th century, the Institute’s library provides resources for expanding one’s knowledge on the many facets of Rock Hill Farm. Genealogists and local history researchers will find a trove of information! The library’s collections catalog is available to research on-line.

Archaeological digs near the buildings of Rock Hill Farm have generated deeper knowledge of past inhabitants of the site. A 1994 dig uncovered evidence of a circa 1730s “earth fast” structure that warrants further investigation; “earth fast” structures are not known to have been situated west of South Mountain in Pennsylvania, making this example unique among “sorry” houses typically built in the Tidewater region. Evidence of a foundation of an older structure also exists in the basement of the 1880 addition to the Davis-Chambers house. Many archaeological deposits have been left undisturbed; future digs will add to the body of scholarship already collected on the occupants of Rock Hill Farm throughout time.

Susquehannoks, Shawnees, Lenni Lenape (Delawares) artifacts dating back 10,000 years have also been located on the site. A growing collection of approximately 5,000 tools and weapons tells us part of the story of the first occupants of this land. The collections warrant further examination, and specialists will be consulted in the future to help us to develop the pre settlement period narrative.

The Institute has accomplished a great deal toward promoting the humanities in its years of existence and plans to delve further into its cultural heritage in the decades to come.

With 30 acres of diverse environmental habitats surrounding its Historic structures, we understand the need to keep our Nature healthy.

With Wetland ponds, native gardens, early succession woodlots, and open meadows there is a lot of variety, both in Flora nd the Fauna that calls it home.

This understanding and nurturing of the environment has always been a part of our Cultural Heritage and helps link our mission to tell the frontier story and humans interaction with the world around us.

Just as rare artifacts are preserved in our collections, rare species of plants in our woods must be maintained ( Trillium cernuum, Senna marilandica, Silphium perfoliatum in the woods).

In an effort to protect our local environment, and improve the health of the wider ecosystem, CI has joined a growing of organizations in the Keystone 10 Million Trees Partnership:

Did you know: Roughly 19,000 miles of rivers and streams in Pennsylvania are damaged by pollution and the Commonwealth is significantly behind in meeting its Clean Water Blueprint goals. That's why The Conococheague Institute and 35 other organizations have joined forces in the #Keystone10MTrees Partnership. We are going to plant 10 million trees in Pennsylvania to get us back on track and to help improve human, stream, and economic health in Pennsylvania! Find out more: www.TenMillionTrees.org 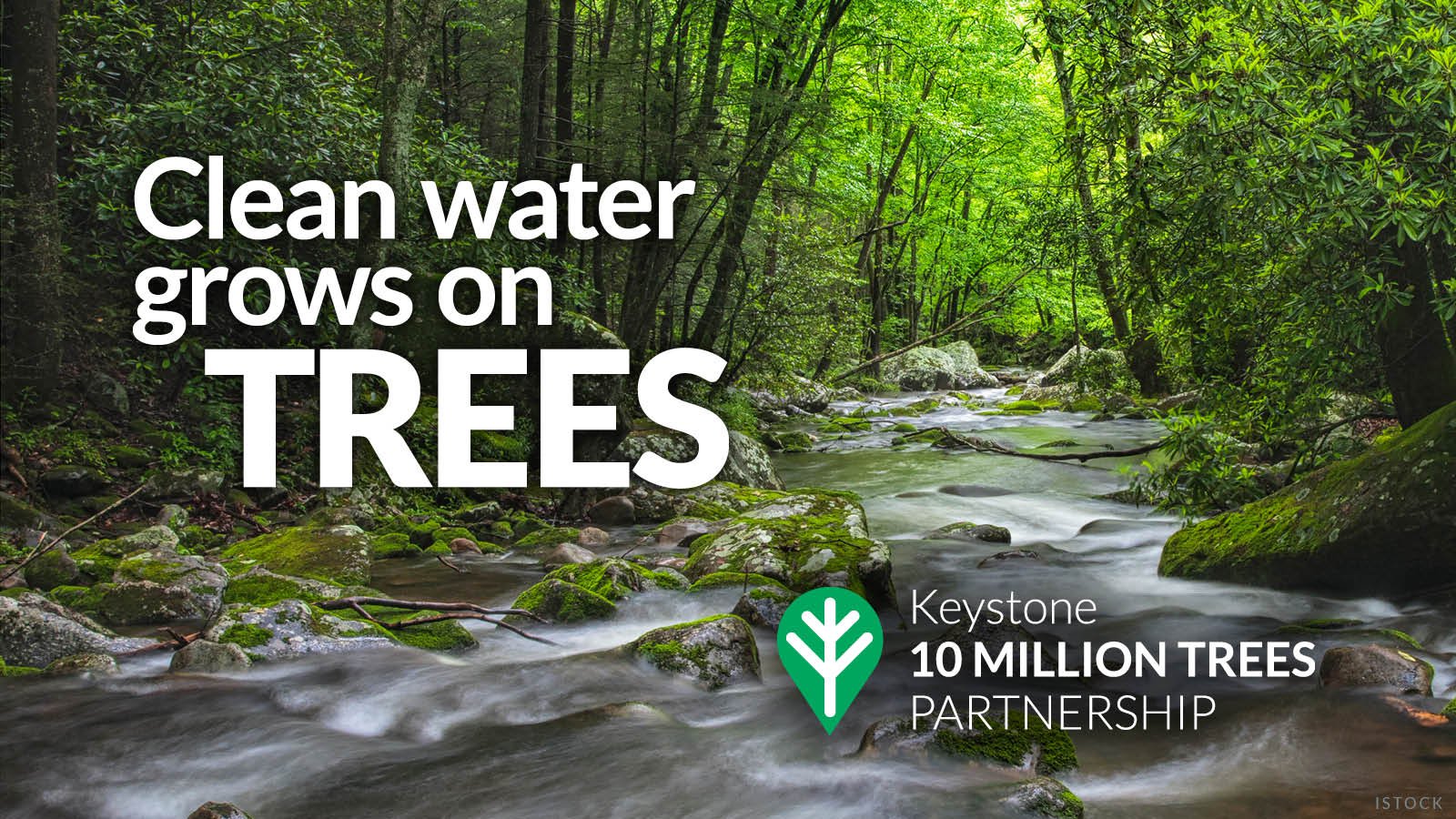